In 2014, Victor Manuel Torres, a civil rights attorney in San Diego, began receiving complaint—about one a day over the course of a few months. Each caller had been stopped by the police for a different reason, but after that each story was the same: Sometime during questioning, the officer had pulled out a tablet and taken their photo, without asking for consent or providing an explanation. The callers were indignant and confused. Why would the police need my photo? How were they going to use it? Was this even legal?239

Police in San Diego County, California, began using face recognition to identify subjects in the field in 2012. Two years later, there were over 800 officers using the mobile systems from 28 different law enforcement agencies in the region.240 Yet it wasn’t until three years after it was deployed, in April 2015, that a face recognition use policy was put in place. Once that policy was made public, Torres noted, the complaints virtually stopped.

What’s unusual about the San Diego case is not the police’s use of face recognition without consent or notice—it’s that a use policy was eventually approved by an advisory board and then made available to the public.

Most law enforcement agencies have deployed face recognition with minimum levels of transparency and internal accountability. Four of the 52 responsive agencies—or less than 8%—have a face recognition use policy that is publicly available. For 24 jurisdictions that use or formerly used face recognition, no use policy whatsoever was provided in response to our survey. Just one jurisdiction received legislative approval for their policy, and one policy received formal review by an outside privacy or civil liberties organization. Compounding this lack of oversight, almost none of the jurisdictions we surveyed—including the FBI—have a functional internal audit regime to prevent misuse or document when it occurs.

1. Law enforcement agencies are not transparent about using face recognition.

Police departments generally tell the public very little about their use of face recognition. When the existence of these systems comes to light, it is often due to the work of investigative journalists and privacy organizations.

The agencies with the most advanced face recognition systems are often the least transparent. 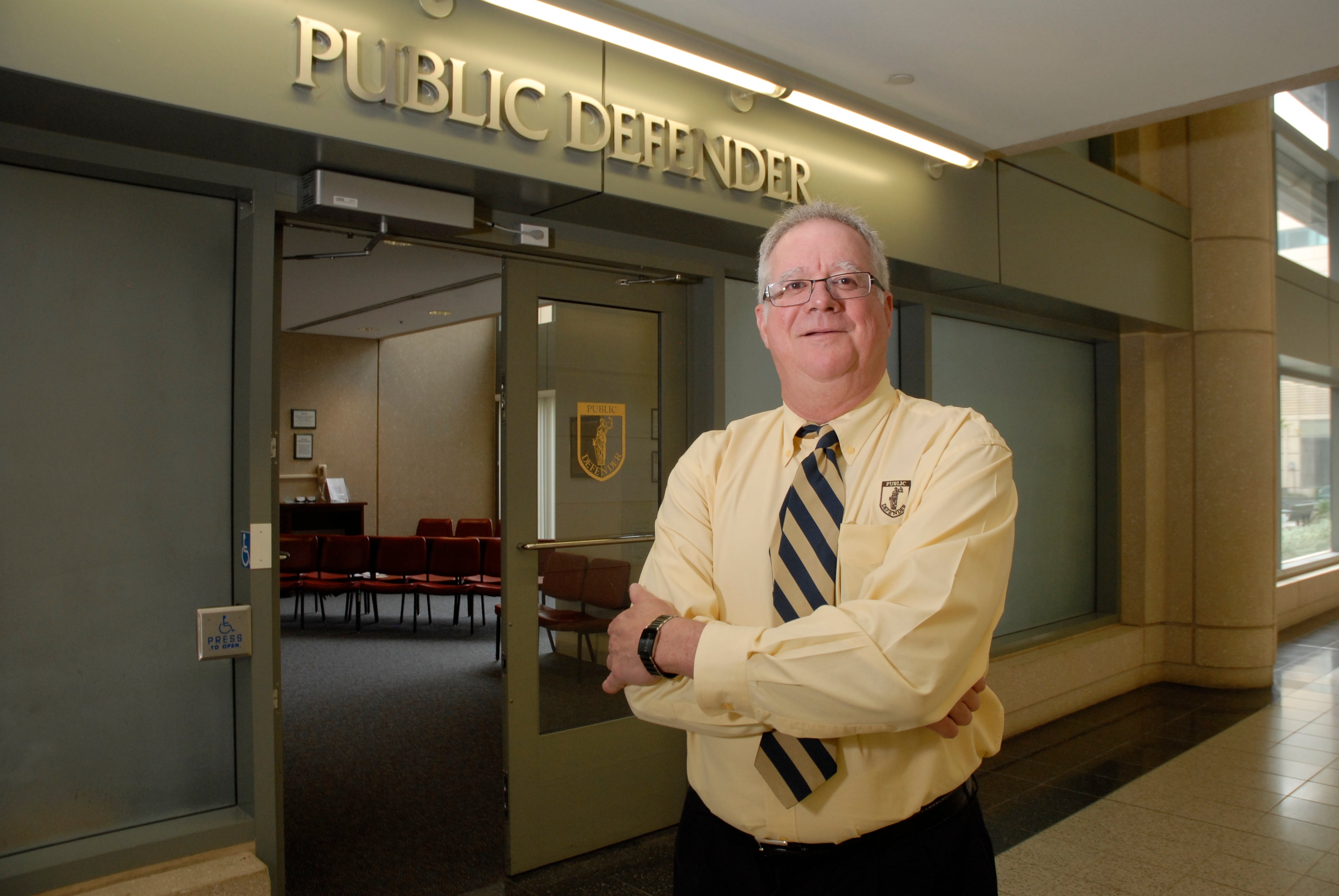 Ohio’s face recognition system remained almost entirely unknown to the public for five years—until an investigation conducted by the Cincinnati Enquirer uncovered that the Ohio’s Bureau of Criminal Investigation had enrolled all Ohio state driver’s license photos in the system two months prior, with no notice provided to current or future license holders.241 The Sheriff’s Department in Hennepin County, Minnesota, acquired face recognition in 2013. Yet it only released information about its system in 2016 after a court ordered it to disclose that information to an investigative journalist.242

Some of the largest law enforcement agencies—and those who may have the most advanced face recognition systems—are the least transparent. The New York Police Department’s use of face recognition has been described in numerous news articles; NYPD spokespersons admit that it exists.243 Yet the NYPD denied our records request entirely, arguing that the responsive records fall under the “non-routine techniques and procedures” exemption in New York’s Freedom of Information Law.244 The Chicago Police Department provided responsive records to a small fraction of our request. These documents suggested that the department had purchased a large-scale system in 2009, but provided no information about how such a system is used or what policies are in place governing such use, except that such policies were to be developed in the future.245

The Los Angeles Police Department is the only American police department to openly claim to use real-time, continuous face recognition. Curiously, the LAPD found “no records responsive to [our] request”246 for information about this or any other face recognition system, despite ten years of LAPD news releases and annual reports that document at least three separate police face recognition initiatives.247

Unfortunately, communities aren’t the only ones in the dark. In criminal litigation, prosecutors are required to disclose to defense counsel any evidence that may exculpate the accused; those disclosures are referred to as “Brady disclosures” or “Brady evidence,” after the Supreme Court case that mandated those productions.248 The Pinellas County Sheriff’s Office system has been operational for almost 15 years. The Pinellas County Public Defender, Bob Dillinger, reports that in that time, his office has never received any face recognition information as part of a Brady disclosure.249 In an interview, he suggested that if the PCSO face recognition system ever identifies someone other than a criminal defendant as a potential suspect in that defendant’s case, public defenders have a right to know.250

2. Agencies are even less transparent about how—or how frequently—they use face recognition.

The FBI, for its part, has consistently failed to comply with the transparency requirements of the E-Government Act and the Privacy Act, which mandate that the FBI publish a System of Records Notice or a Privacy Impact Assessment when the agency starts to maintain—or significantly modifies—a database like the Next Generation Identification system.253 In 2011, the FBI gave select state police departments the ability to run face recognition on photos in the FBI’s database—yet the FBI didn’t publish a Privacy Impact Assessment about the program until 2015. Even though the FBI’s face recognition database itself was launched in 2008, the FBI didn’t publish a System of Records Notice about it until this year.254

These are not obscure bureaucratic filings. They are the means through which the American public can learn about new government tracking technology—and hold the government accountable for going too far. Instead of working to address these shortcomings, the FBI is now proposing to exempt its Next Generation Identification system, which includes its face recognition database, from provisions of the Privacy Act that guarantee members of the public access to records that identify them, information about the sharing of these records, and judicial review.255

3. Police policies are not subject to legislative or public review.

Very few agencies require or obtain legislative approval of a police face recognition use policy, or mandate review of that policy by privacy and civil liberties organizations.

Of the 52 responsive agencies, only SANDAG appears to have a system in place where elected officials review and approve the agency’s face recognition use policy.256 The Acceptable Use Policy for face recognition requires annual review by SANDAG’s Board of Directors, which is mostly comprised of local elected officials. SANDAG’s Board of Directors meetings are also open to the public.257

We found only one agency that submits its face recognition use policy for legislative approval.

The Seattle regional system appears to be the only one with a policy formally reviewed by an outside organization. The Seattle City Council approved funds for the program on condition that the ACLU of Washington was consulted on and approved the final policy.258 The Michigan State Police also initiated informal review of their face recognition use policy by a state legislator and a contact at the ACLU.259 No other jurisdiction we surveyed had any formal or informal external mechanism in place for review or approval of their system’s use policy, either by the legislature or privacy and civil liberties organizations.

Of these 10 regimes, however, some are non-operational. The Pinellas County Sheriff’s Office, for example, does not audit system use—despite policies that suggest otherwise. The Standard Operating Procedure for mobile biometrics states that “[a]ll [mobile] biometric and search activity are logged and subject to audit.”262 The Palm Beach County Sheriff’s Office, an agency that uses the Pinellas County system, also said that audits are “done by Pinellas.”263 Nonetheless, Sheriff Gualtieri acknowledged in an interview that internal audits are not conducted. “We don’t police our users,” he said.264The Pinellas County face recognition system—which appears to be the most frequently used face recognition system in the country—may therefore lack any internal oversight or accountability mechanism to protect against, or even to detect, misuse.

Only one responsive agency—the Michigan State Police—actually provided evidence of routine audits in response to our request for such records.265

We developed one score focused on public transparency and oversight by legislatures or privacy and civil liberties groups (Public Transparency), and another focused on internal oversight measures (Internal Audits). The Public Transparency score was based on information provided in response to document requests and publicly available records, whereas the Accountability score was based on documents provided by agencies.

Public Transparency. Has the agency publicly posted its face recognition use policy, and has it been reviewed or approved by a legislature or privacy and civil liberties groups?

Internal Audits. Does the agency monitor and conduct audits of face recognition use by its officers and other accessing agencies? (Since our records request specifically asked for records pertaining to audits, when an agency did not provide audit records or sample audit forms and did not deny this request, it was assumed that no audits were conducted.)